As They Arrive releases new single 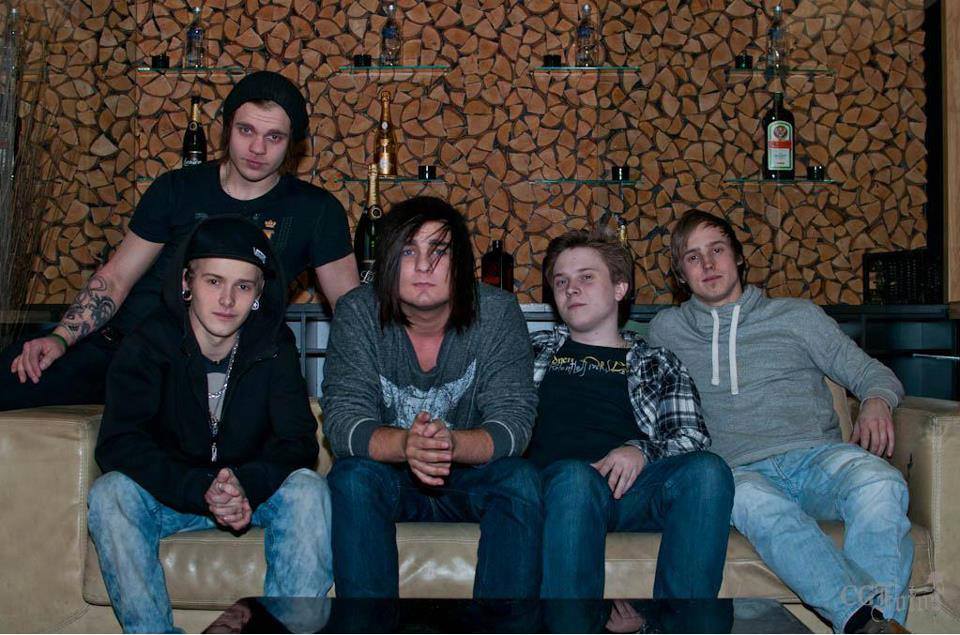 As They Arrive will be releasing their brand new single “Times” in a couple of weeks. Rexius Records took a coffee with the guys and talked about the future of this up and coming metalcore act.

“Shit happens. We try not to make mistakes too often but sometimes they just happen uncontrollably. We mostly laugh at it.”

RR: Tell us more about yourselves.

ATA: We are five boys from Gothenburg, Sweden who have played together for  3-4 years on most of the pubs in the Gothenburg area and now we’re ready to expand our view and see more cities around Sweden and Europe! This is finally the time when our music comes up on the internet!

RR: Who started the band?

ATA: That would be Robin and Philip. They had been playing various covers for a few years before the band was formed, until they wanted to create their own music. The gap was filled with another guitar by Niklas, vocals by Ali and drums by Anders.

RR: Who writes the songs and how?

ATA: We co-operate alot and give input on each others ideas. We always share our thoughts and vote for changes in the stuff we make.

RR: What is your new single “Times” about?

ATA: The song is about imagining yourself in 20 years from now and how you will reflect upon different choices in life. Download it when it’s out!

RR: What plans do you have for the upcoming EP?

ATA: The most awesome thing is if people outside of Gothenburg liked it and would like us to perform a gig at their hometowns!

RR: How does it feel to be signed by Rexius Records?

ATA: It feels awesome! Before, when we played at a lot of pubs in Gothenburg, it often felt like we had been doing this for a long time and wanted something new. It’s really cool to also be part of a record label’s name.

RR: Where do you want to be in a couple of years?

ATA: In a couple of years we want to be well known in the market and reach people over the borders. Our music will be a part of people’s favorites and we can offer our fans a performance on a bigger stage! Our best interest is to give a lot of people a good show live, but also enhance their everyday life with our music.

ATA: We honestly don’t know. We’ve listened to the song a lot and can’t really say that the music is like anyone else. You are allowed to give your opinions on our fb-page though!

RR: What’s the best thing about being a band?

ATA: The feeling of being really close to your bandmates. We look forward for every single rehearsal and even spend time on friday and saturday nights in the rehearsal room.

RR: How do you handle mistakes during a performance?

ATA: Shit happens. We try not to make mistakes too often but sometimes they just happen uncontrollably. We mostly laugh at it.

Leave a reply Click here to cancel the reply