An Outlandish Chamber of Thoughts

An Echoic’s music is one of those rare gems that encourage you to push beyond your usual listening habits, subtly taking notice of its quirky quality. What started as a solo experiment in 2016 after dropping out of jazz school became a solid artistic project for Martin Kihlstedt, Swedish singer-songwriter based in Canada. His style can remind you of Andy Shauf combined with Tame Impala’s early psychedelics, with a tendency towards experimental songwriting that you’d rather associate with Radiohead.

Just like Nick Cave, Leonard Cohen or Elliot Smith, An Echoic is not afraid to sing tales about the rough edges of existence. He tackles tough topics with the clinical curiosity of a shaman-philosopher: “I’m always intrigued when I hear stories told by people that have been through unimaginable things. So I wanted to write a story like that.”

The fascination for subtle musical quirkiness developed through years of playing and improvising since his early days in Sweden. He continued to craft this particular style while studying jazz for 2 years in Toronto, where he played and performed with various jazz, funk and blues ensembles.

During this time he also built artistic collaborations with visual artists, producers etc. that gave birth to An Echoic as a fully-formed project. His idea was to create a reflection of himself, rather than just ”a character”, writing music that encourages you to become an active listener. This kind of engagement is very related to the different aspects of introspection (like meditation and a kind of spirituality devoid of religion), which is a central motive for his songs.

In December of 2016, Martin released An Echoic’s self-titled debut EP, and shortly thereafter signed to Rexius Records for his second project. The new release presents us with a chamber of thoughts in the form of experimental songwriting (recording spoken word and sampling traditional folk instruments, for example) and unimaginable stories.

”I know there's fish in the sea but someone made me afraid of open water.”
– An Echoic, "Love As I Was Told" 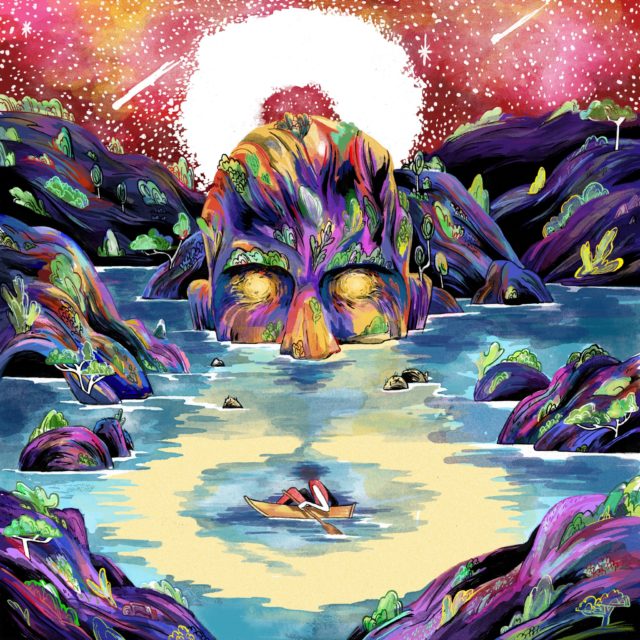 The Slow Groove as a Search for Insight