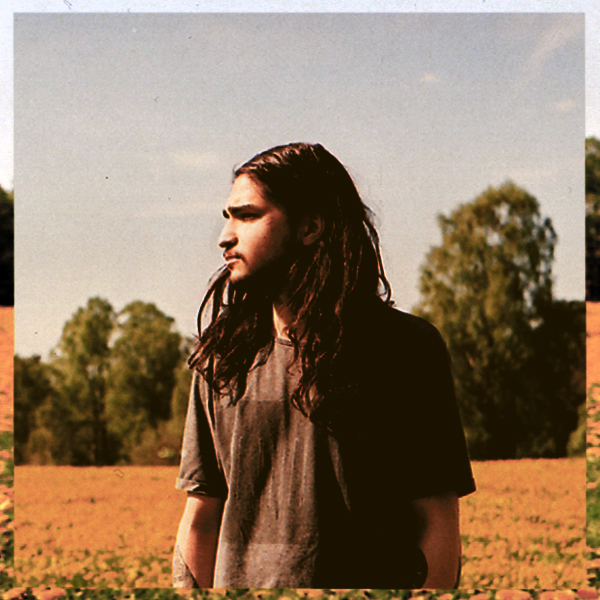 Bamik makes folk rock and he makes it on his own. On the self produced EP Woodlands he plays everything from Mandolin to the drums and harmonica. It’s his own voice. This is him. The one who likes Mumford & Sons, Fleet Foxes and Bon Iver will welcome Bamik with open arms. O course they are inspirations, as well as “mediocre house songs” could be another source. Woodlands is flirting with the American folk rock and is impressing with it’s broad sound. Bamik’s long hair and tattooed arms is gossiping about the music before you press play. But Bamik is so much more. Unlike other 20-year olds, he is not dreaming about the mega cities and adventures. Instead his dream is a cottage in the Swedish forest. Even though he is playing music the silence is important to him. Either be on a stage or not be seen at all. Everything or nothing.

During his teenage years the musical interest started to get traction. During the nights he did his best to not interfere with the family’s dogs with his drumming, on his spare time he played in a band. Today he is commuting 30 km to the galvanized steel factory. He reveals that he sings together with Ariana Grande in the car and laughs when he is caught with the fact that the EP was named after a google session about “good album names”. Bamik is young and unpretentious, nevertheless he is giving you a music experience you could expect from a lot older musicians. Even though the EP was named by a search query, it makes perfect sense the EP is called Woodlands. In songs like Chasing Heights and Mayday the listener is served with a landscape far from the big city. Woodlands smells like forest, sincerity and hopeful tones. No wonder it is where Bamik feels at home.